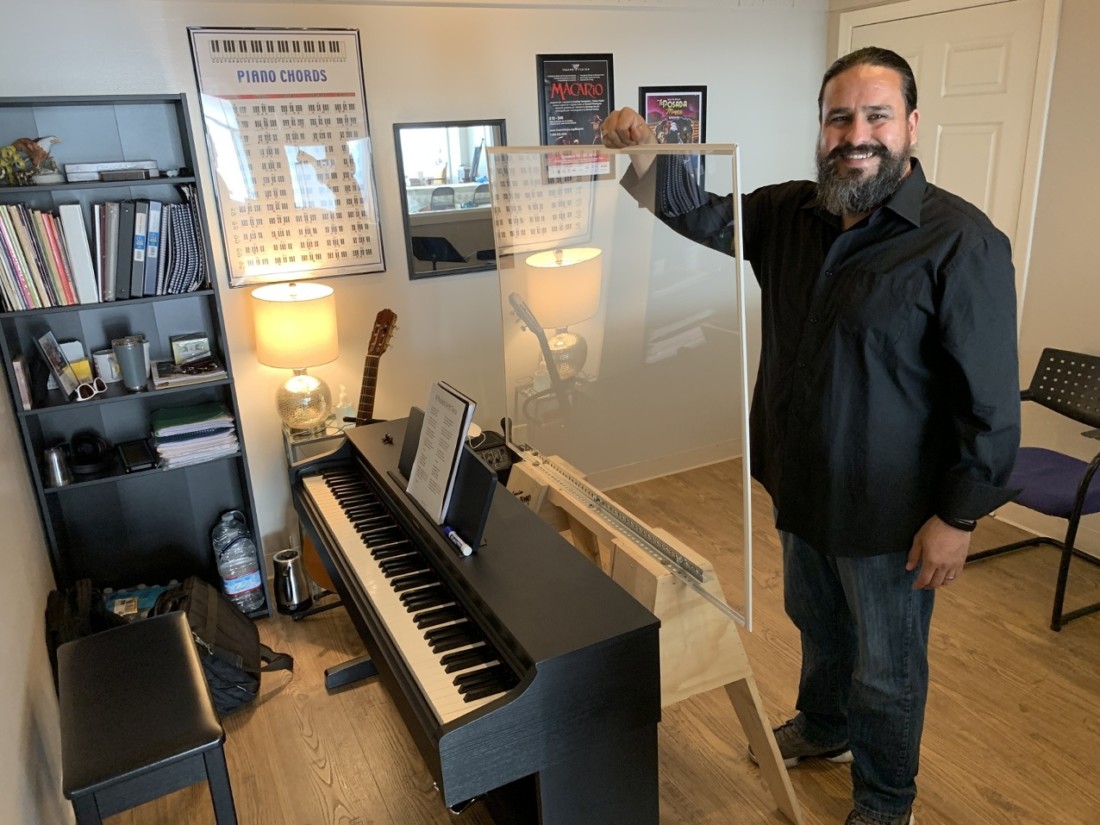 A new Hollister music and culture studio opens in the former location of Mr. O’s Academy.

Hollister has a new arts center, the California Academy of Romanesque and Traditional Arts (CANTA), which opened on February 15. CANTA plans to offer music lessons, as well as a recording studio, art iinstruction, access to creative tools and a chance to collaborate with other local artists and musicians.

â€œWe want to teach our students how they can express their opinions with their own voices and opinions through the arts,â€ said Rosalinda Hernandez Sanchez. â€œWe want to help them become leaders in the community. “

Sanchez and her husband Jose Chuy Hernandez opened CANTA at 350 Sixth Street, Suite 102 in Hollister, the former location of Monsieur O’s Academy. Sanchez and Hernandez are both long-time associates of the schools of art and culture of Mexican Heritage Square and hope to bring their years of experience to the local youth.

â€œI’ve been a musician since I was eight,â€ said Hernandez, who is trained in mariachi, choir, opera and classical music.

â€œI started out singing in a children’s choir, which was a community program,â€ he continued. â€œSo CANTA is, with all intentions, my effort to give back. We hope to be able to provide a central space for arts education rather than expanding it to a thousand different places. ”

Hernandez started working on this project a year ago with Curtis Williams and Kevin Klein, owners of KayCal Music at Hollister. Hernandez used part of their store as a place to give music lessons and they became friends.

â€œWe started KayCal Music with an interest in getting involved with various community groups,â€ said Williams. â€œWe were talking to Chuy about how something was missing, a way to tie music and the arts to Hollister. There are quite a few, more than most people think, but it is very rambling. We started talking about bringing the creatives in the community together and listening to their vision.

KayCal became the first to collaborate with CANTA in their new space and looks forward to contributing to the success of the project.

â€œWe can offer ourselves as musicians whether we are teaching or playing,â€ Klein said. â€œThere are so many different sides to this project and we want to serve the members of this community by welcoming as many young people as possible to music. I see CANTA becoming an absolute force in San Benito County for music education.

The CANTA space consists of a large central hall that will eventually have a stage for performances, as well as smaller, connected spaces that contain musical instruments, recording equipment and computers with recording software. advanced music and stage production.

â€œWe are focused on the intersection of art and technology,â€ Sanchez said. â€œWe are anchored in the traditional arts and the ‘Novel Arts’ on our behalf is anchored in technological capabilities such as ‘How do you record a song?’ or “how does the lighting work?” But we’ll also help show how different technologies can be applied to a project.

Sanchez and Hernandez see CANTA as a place open to the collaboration of various artists with the aim of teaching different artistic disciplines.

â€œWe have a lot of things planned that we’re going to roll out, but we’re kind of limited now as to what’s possible,â€ Sanchez said. â€œI hope we can partner with the entire San Benito County arts community. We want to reach as many people as possible. But we’re also working with whatever the COVID guidelines allow and will evolve as the restrictions are lifted. “

â€œWe met Rosalina and Chuy through their son, who came to dance with us,â€ Morales said. â€œWe have become united with each other’s projects. This is going to give Hollister something that it doesn’t yet have: a place for creativity that doesn’t seek its own fame or notoriety and has no other foundation than the enrichment of the artist.

Morales is personally interested in the possibilities offered by the sound studio as a means of recording his own spoken word and presentations, but also sees it as a great access tool for young people.

â€œThey’re going to have the tools and the technology out there for the kids to bring their ideas to life,â€ Morales said. “It will be a space where a lot of different things can happen and we will be working with the children to help them discover their creativity.”

CANTA is open to everyone, from beginners to experienced musicians and creators. And for kids who don’t know what they want to do, Hernandez will introduce them to the way he started: singing.

â€œWe want to teach in a very organic way, so we start with the instrument we were born with, our bodies,â€ Hernandez said. â€œWe’re going to start with vocals, which will give them musicality. Once we have developed their ears, we begin to think about the external instrument that they can focus on. Our mentality is that we don’t want to create virtuosos, we want to create people who will explore their emotions and their connection to others through the arts.

Hernandez looks forward to bringing the healing power of art and music to a community strained by the pandemic.

â€œI think a lot of people have forgotten how to socialize,â€ Hernandez said. â€œAfter 11 months of COVID and shelter in place, I don’t think we yet know what the final bill will be. We don’t know what people are going to have to go through to get back to normal. We see this as a chance to bring some healing to the community. “

BenitoLink is a non-profit news site which reports on San Benito County. Our team works around the clock during this time when accurate information is essential. It is expensive to produce local news and community support is what keeps the news circulating. Please consider supporting BenitoLink, San Benito County News.