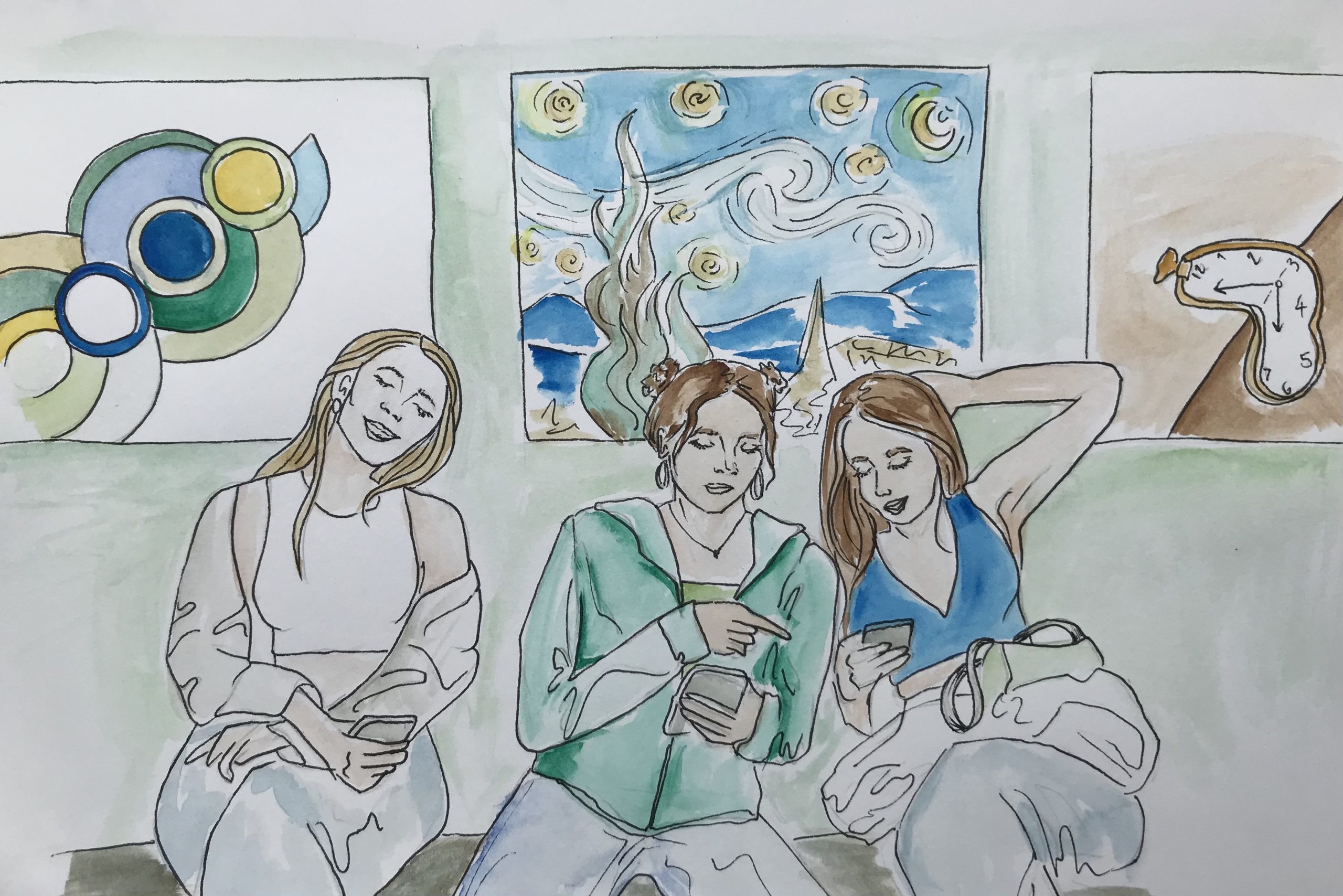 Even today, museums are an integral part of preserving a city’s culture. They take visitors back in time by showcasing a country’s history, from its groundbreaking scientific discoveries to its jaw-dropping works of art. They have become a sanctuary for curious tourists, locals seeking to enrich their knowledge, and the herds of complaining children on compulsory school trips.

They invite people from all over to view their displays, often for nothing. They have become the epicenter of the family day trip. The essential option on a rainy day. The place where one can momentarily escape the chaos of the present and immerse oneself in a city’s past.

Yet recently, the digital world has started to pervade every aspect of our lives, so much so that people feel they have to document their whereabouts every second of the day. It’s no surprise, then, that a new social group has begun to invade museums: Instagram enthusiasts, in search of the perfect image. The candid shot that will be their profile photo for the next month. The video that will make an edgy YouTube montage.

In reality, museums are no longer explored with the naked eye, but through the lens of the camera. Images are taken every second, capturing anything and everything that fits into the “museum aesthetic”. It is to devalue the importance of these cultural monuments, to reduce them to a mere commodity, ready to be exploited for the sake of Instagram likes and Pinterest pins. These buildings aren’t loved for their immersive exhibits and beautiful infrastructure, but have become a site where you’re expected to flood your phone with another hundred images of yourself.

Take Chila Kumari Burman’s mesmerizing installation at Tate Modern from 2020. Beaming neon lights have been fashioned into everything from queens and Indian warriors to snowflakes and ice cream vans, all illuminating Tate Modern to mark the Diwali festival. It was an installation that stopped people in their tracks. Combining Hindu and Bollywood mythology, colonial history and Burman’s personal memories, the bold phrase, “Remembering a Brave New World”, placed at the center of the work, both celebrates and mourns the past.

Still, when you search for the installation online, prepare to be bombarded with photos of people in their best outfits, flaunting poses practiced to perfection. Its enriching symbolism is not the focal point, but a blinding backdrop. Shame to say I wanted to visit Burman’s exhibit just because I saw it all over my Instagram feed – the cultural symbol had been turned into a photo aesthetic.

Yet, with his neon lights becoming the star of the show, it comes down to the question of where to draw the line between appreciating the art and making it your own. Does using Burman’s exhibit as an Instagram backdrop imply appreciating its creative beauty or ignoring its symbolism? Although it may seem that the aestheticization of art is just a mere exploitation, where an artist’s installations are used and abused for a good image, the digital world has only changed the way whose displays we appreciate.

The assessment is subjective. Some people enjoy installations by sharing them with others through an image, while others prefer to keep their experiences personal. Some people talk about their inspiring journeys, while others choose to keep it to themselves. The former does not detract from the value of museums when the intentions remain the same – an admiration of culture, history and art. In the same way that we take pictures of things we find beautiful, from a field of blooming flowers to a mesmerizing sunset on a summer evening, it is not an exploitation of nature when it celebrates her beauty.

So the next time we see a bunch of hungry Instagrammers desperate for a photo outside a quaint museum, we shouldn’t roll our eyes, but respect how they enjoy the facilities. Ultimately, judging how people enjoy exhibits won’t get you anywhere.