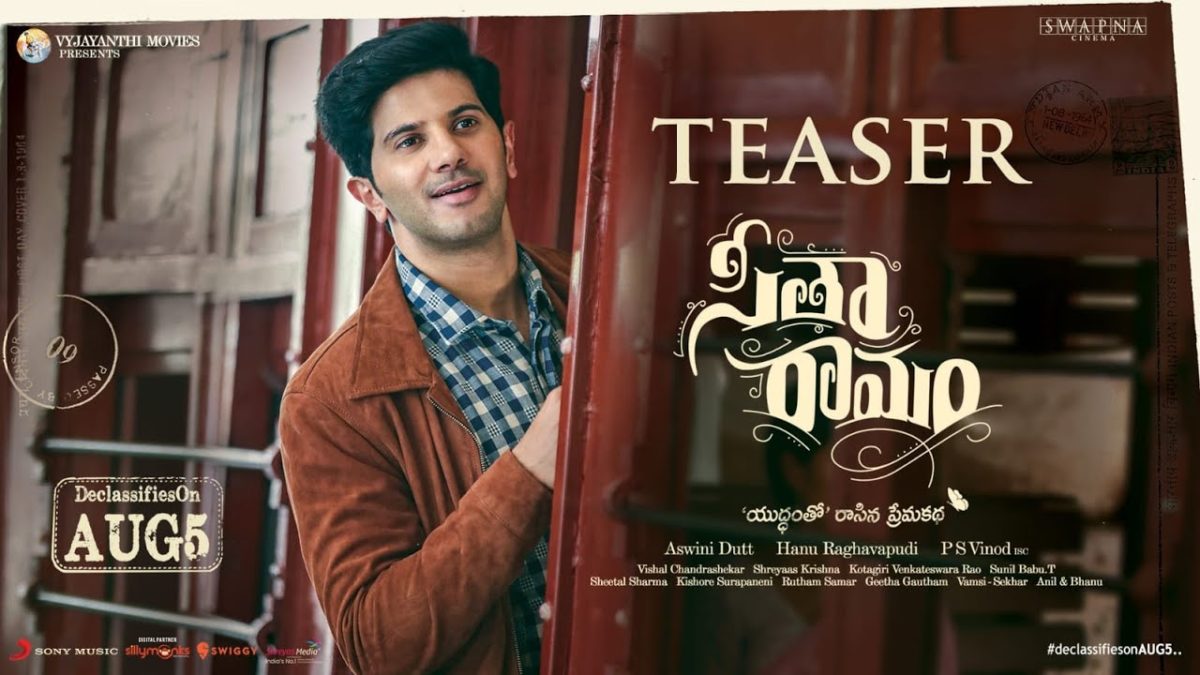 The teaser of the film which has just been released plunges us into the world of Lieutenant Ram. He is an orphan patrolling as the only soldier in the valley of Kashmir and there is no one for him to write even a single letter. One day he receives a letter from Sita Mahalakshmi claiming to be his wife. Mrunal in her introductory scene appears as a Durga Maa, although her character name is Sita.

It’s a magical love story, that’s what the teaser promises. The story takes place against the backdrop of 1965 and the sets represent the culture of the time. The sparkling chemistry of Dulquer Salman and Mrunal Thakur transports us to their magnificent romantic universe. Thakur made a perfect pair with Dulquer. It’s a feast for the eyes to see them together on screen.

Every image captured by PS Vinod is a work of art and the places of Kashmir are vividly portrayed. Vishal Chandrasekhar enhanced the visuals with his score. The production design is top notch.

The teaser assures that Sita Ramam will be an epic love story with marvelous performances, engaging narration, beautiful visuals, and enchanting music.

Sita Ramam is performed simultaneously in Telugu, Tamil and Malayalam. Its release is scheduled for August 5.