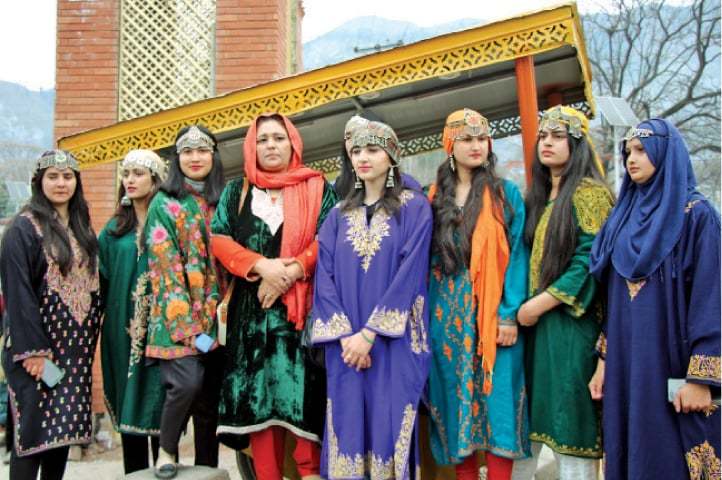 MUZAFFARABAD: In a special manifestation of affinity and association with culture, a large number of people gathered on Wednesday in the heart of the capital of Azad Jammu and Kashmir (AJK) to mark “Pheran Day and Kangri â€, with calls for international organizations to thwart India’s infamous measures to suppress Kashmiri arts and crafts.

The day was observed on the advice of Prime Minister Raja Farooq Haider who himself was unable to attend the event due to significant engagement with some foreign dignitaries in Islamabad, according to Pirzada Irshad Ahmed, director general. from the tourism department which had organized the show.

However, the prime minister did not forget to express his feelings on the day on the microblogging site Twitter.

“I am sad that I was unable to attend ‘Pheran & Kangri Day’, but I am happy that people from all walks of life fervently participated. The centuries-old culture, customs, arts and crafts of Kashmir are our pride. We will fail India’s conspiracies and cultural assault and preserve our symbols of identity, “he wrote.

The rally ended in Lal Chowk where a public meeting was held. A replica of Shikara – the traditional Kashmir barge – and Kangri were also on display at Lal Chowk, which is named after the historic Srinagar roundabout, famous for its political gatherings.

Alongside the venue of the public meeting, famous Kashmiri chef Ghulam Mustafa Lala had set up his Kashmir rose tea stall and other traditional foodies while two government departments working for the promotion of Kashmir handicrafts also had their products, mainly pheran, kangris and caps, for sale.

PPP regional chairman Chaudhry Latif Akbar and PTI co-secretary Khawaja Farooq Ahmed shone with their presence in the rally, as both were not only dressed in pherans, but also held embers carrying kangris.

“This is a symbolic gesture to express our solidarity with our brothers struggling across the ceasefire line who not only brave Indian repression, but also attempt to erase their culture.” Mr. Akbar told reporters.

Echoing his views, Ahmed said: â€œWe have come together here to send a message to the world that Kashmiris on both sides of the divide have a sentimental attachment to their culture and their identity symbols and will zealously protect them. . “

The UAJK students not only put on colorful pherans with impressive embroidery, but also traditional jewelry.

In addition to chanting slogans for freedom, they also sang the famous national song Mere watan teri jannat main ayengay ik din, which for the occasion has lyrics in Urdu and Kashmir.

â€œPeople all over the world are in love with Kashmir art and handicrafts because of its finesse and beautyâ€¦ As this handicraft faces a serious threat from the Indian government, all organizations international organizations working for the preservation of cultural heritage must take this into account and thwart India’s organized campaign. deprive Kashmiri artisans of their livelihood, â€the chief secretary said at the meeting.

Pacita Abad in Bristol: where art, craft and politics intersect

Craft Activity: How to Make a Felt Craft Set