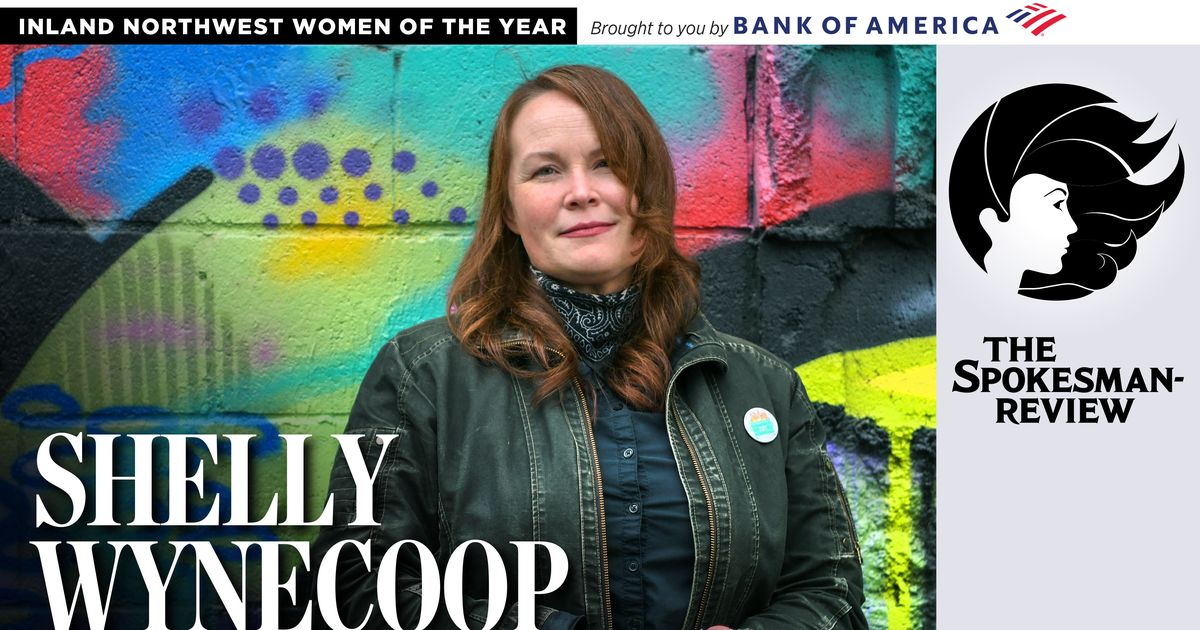 â€œWhen Shelly applied for the job – and I didn’t know her personally before she applied – I couldn’t tell you how many people said you’d be absolutely crazy not to hire Shelly,â€ Huggins said.

Wynecoop has been a Grants Administrator since 2017. Based on her experience, Wynecoop said that art has helped her learn and make sense of her busy life.

â€œI really see art as an act of changing perspective,â€ said Wynecoop. â€œEducation is a much bigger thing, not just sitting down and learning something in a classroom, you know, it’s an exhibition. And I still believe in it a lot. “

As the Grants Administrator, Wynecoop oversees applications submitted by local creatives who want their projects funded. She works directly with these artists, often art students, to strengthen their proposals, she said.

Wynecoop has been directly involved in the success of several Spokane artist projects, said Karen Mobley, artistic entrepreneur for Spokane Arts. One of Wynecoop’s strengths is its understanding of young artists and students, said Mobley.

â€œFor someone in the community who has a professional job to treat an art student like a true peer and to make sure they understand what they need to do – that’s the kind of respect that a lot of people, when they’re starting out, don’t really get it, â€Mobley said.

Wynecoop said she remembers the frustration of seeing a grant application turned down without getting comment on why. Without support, young artists can easily feel discouraged, she said.

Until later in life, Wynecoop said that she rarely considered herself an artist.

â€œIt turned out that I actually spent most of my life in the arts, but I never identified myself that way,â€ Wynecoop said.

Wynecoop grew up on a ranch on the Spokane Indian Reservation. After high school, she moved to Oberlin College in Ohio to study physics and clarinet. Shortly after her undergraduate studies, Wynecoop was drawn to anthropology and linguistics. She became involved in cognitive science research at Stanford University, then continued her graduate studies in linguistics and visual arts at the University of Chicago.

â€œThe arts have always acted as a kind of refuge for me,â€ said Wynecoop. “I was involved in more academic or scientific pursuits, so when I needed to regroup and relax a bit, I found myself in the arts again.”

Wynecoop has traveled and worked across the United States and overseas, but ended up in Spokane in 2006, when her daughter was around a year old. They were living in Ireland at the time with the father of her child, but the relationship did not work out.

â€œMy choice at the time was either to go back to New York as a single mom and never see my child because you had to put her in daycare or stay at home,â€ Wynecoop said. “Looking back, it was absolutely the right choice to come home.”

Upon returning to Spokane, Wynecoop quickly became the Executive Director of Spokane Tribal College. She said she explored the intersection between culture and education there, being a descendant of the Spokane tribe herself. She often found herself learning with her students, Wynecoop said.

â€œI was working directly with my family and hoped to give them the same opportunity to reach out and experience the world in different ways,â€ said Wynecoop. â€œI won’t say it was easy. It was hard. And there were a lot of goals that I didn’t feel like I had achieved, but it was an amazing education for me on a lot of very complex and deep things.

Wynecoop has grown into an involved and â€œwell-respected person in the community,â€ Huggins said.

Working with students and artists through the Spokane Arts grant program has been extremely rewarding, Wynecoop said.

â€œI love this program. I think it does great things for the community, â€said Wynecoop. â€œIt’s actually really unusual for a town the size of Spokane that is inland to have something like this supporting the arts in this way. It’s a real privilege, it’s an honest privilege to God, to be able to create something that at least tries to avoid all of these frustrations that I’ve had from their perspective.