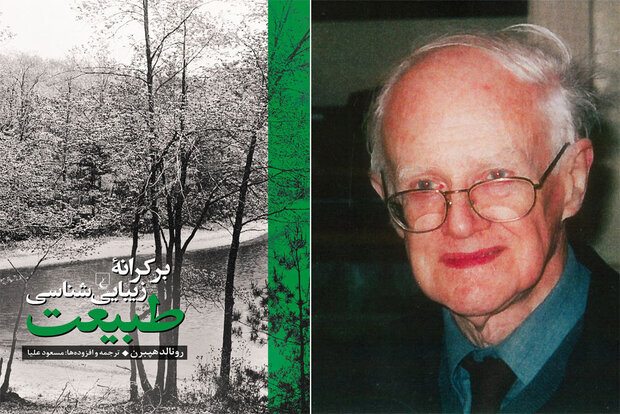 “The reach of aesthetics” extends to Iranian bookstores

TEHRAN — A Persian translation of “The Reach of the Aesthetic: Collected Essays on Art and Nature” by English philosopher Ronald William Hepburn has arrived in Iranian bookstores.

Masud Olya is the translator of the 2001 book published by Qoqnus.

This book focuses on the rich web of interrelationships between aesthetics and larger human concerns.

Topics explored include the concepts of truth and falsity (within art and aesthetic experience in general), the superficiality and depth of aesthetic appreciation of nature, moral beauty and ugliness, the projects of integrating a life, of shaping a life as a work of art, the experiments in the aesthetic recasting of the “sacred”, and the role of the imagination in religion and in our attempts to situate ourselves and to identify ourselves in the cosmos.

The essays are both linked and separate, allowing them to be read in any order and providing useful topics for discussion groups and seminars.

Hepburn aims to awaken in the reader something of his pleasure in unraveling the links of ideas that appear when one approaches aesthetics in its broadest framework.

Photo: A combination photo shows English philosopher Ronald William Hepburn and the Persian edition of his book ‘The Reach of the Aesthetic’.